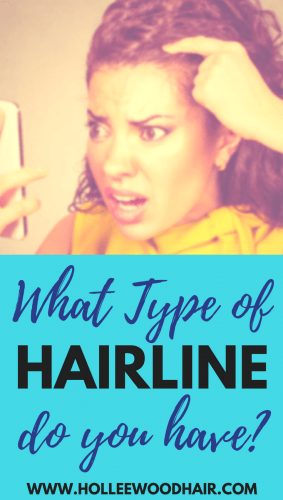 I recently came across a question on a forum about the different types of hairlines.

The person asked, “how do you know if you have a high, medium or low hairline?” She said that she searched all over the internet for an answer, with no success. I decided to take initiative and post about the different types of hairlines. 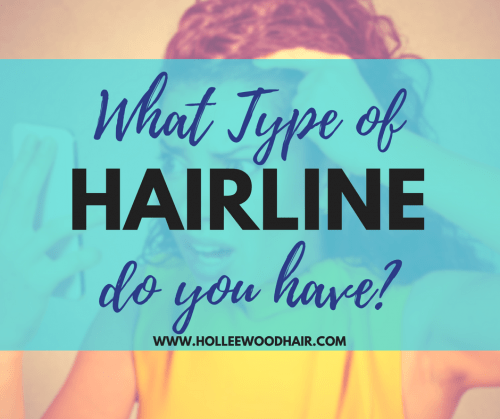 Do you have a high hairline? 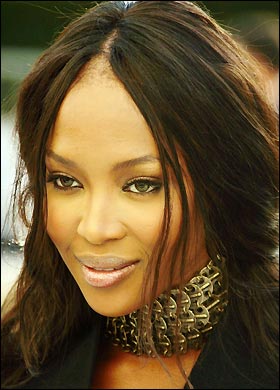 People with high hairlines typically have larger foreheads and the hairlines start much higher up on the head.

If you are looking to blend in a higher hairline, hairstyles with bangs are a must (check out some different types of bangs for inspiration).

Do you have a medium hairline? Most people have a medium hairline.

This could be an urban legend, but I’ve always heard that a good forehead should fit 4 fingers between your eyebrows and your hairline. If you have this hairline, you can wear pretty much any hairstyle.

Do you have a low hairline? 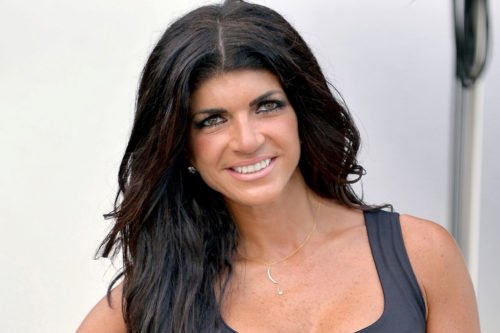 People with a low hairline typically have a hairline closer to their eyebrows. There is really no set standard to measure how low your hairline is since everyone is different.

That being said, you can assume that if your hairline falls a few inches above your eyebrows, it is considered to be low.

If you aren’t happy with your low hairline, you can ask your hairstylist to use the edgers to trim your hairline a little higher (without cutting too high into the hairline). Waxing is another option.

However, keep in mind that the hair will start to grow back, requiring higher upkeep.

Some Other Types of Hairlines:

There are a couple of other terms that I want to briefly touch on; widow’s peaks and cowlicks can directly affect the type of hairline you have. A widow’s peak is when your hairline comes down to a point in the middle of your forehead. It is usually not considered a bad thing to have a widow’s peak, so there’s no reason to hide it. If you do want to hide it, you can cut it off or wax it.

Cowlicks are formed when the direction of hair is formed in a spiral shape. I suggest never trying to fight with a cowlick, especially in your hairline. For guys (or girls with short hair), I usually just cut the cowlick really short.

For those with longer hair, I suggest side-swept bangs that go in the direction that the cowlick wants them to go. The more you try to fight it, the more disappointment you end up with.

I have a medium hairline with a slight widow’s peak. What type of hairline do you have? I’d love to read about it in the comments section below…

Ever hear of an EAGLES PEAK....neighbor girl has one(redhead with freckles).....don't know if I've ever seen another.....

Please help me!!! I have a low hairline AND a widow's peak but have a square face shape so what kind of hairstyle should I use??