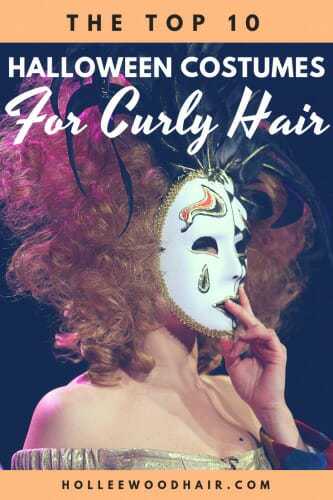 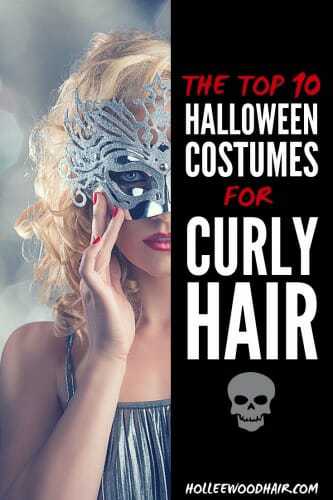 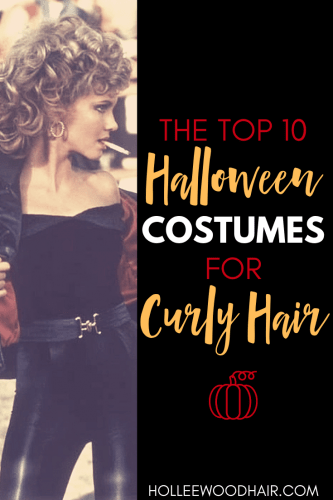 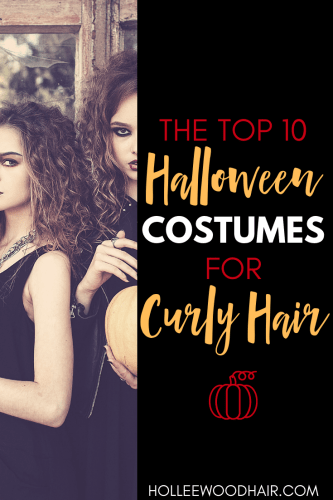 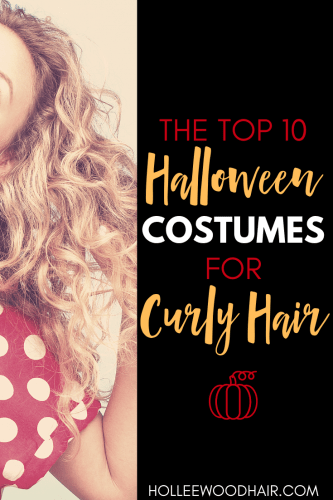 It’s the best time of the year! The fall season is finally upon us! 🎉🎉🎉

… But that means Halloween is quickly approaching, and you really should start thinking about your costume if you haven’t already. There are so many fun costume ideas out there, but today, we’re going to focus on some good costumes for curly hair.

Even though I don’t have curly hair, I’ve been living vicariously through my two-year-old daughter’s super curly mane. I now realize and can appreciate how much work goes into maintaining curly hair.

But the good news is that curly hair is hotter than ever! And what better way to accentuate your beautiful natural hair texture than to rock a sexy Halloween costume for curly hair!

That being said, here are 10 of the best curly hair Halloween costumes around!

💡TIP: Pin this article to your Hairstyles or Halloween Costumes board!

Medusa was a character in Greek mythology that turned men into stone when they gazed upon her face. She was equally as terrifying as she was beautiful, and had snakes for hair.

I LOVE the idea of Medusa for a curly hair costume idea. I picture her to have wild, natural hair to match her extravagant personality.

The best part about a Medusa Halloween costume is that you can be super creative with how you pull it off. You really just need to make sure that you incorporate snakes into your hair somehow… and that you look like a Greek goddess. 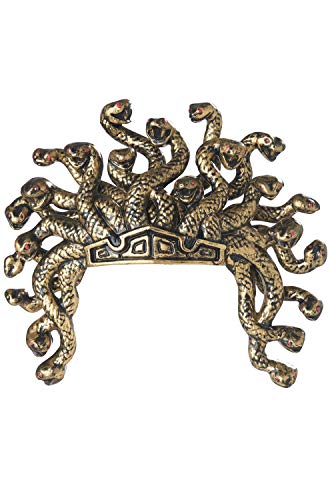 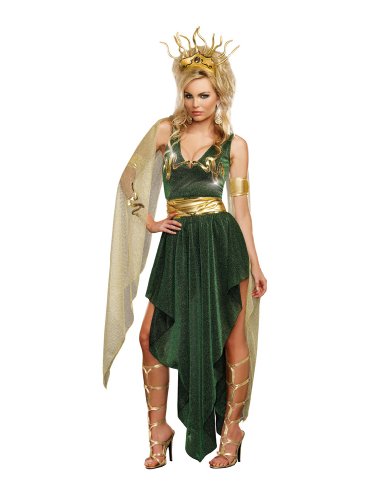 Lions are best known for their wild and crazy manes. If you have big, curly hair, a lioness costume is a perfect way to go all-natural. It’s one of the most incredible big hair Halloween costumes around.

Similar to the Medusa costume, you can be pretty flexible as a fierce lioness. You could go the sexy route, or even just wear everyday clothes with face paint.

The best part of all? You can probably do the makeup with stuff you already have at home. Here’s a sweet video tutorial by Desi Perkins to give you some pointers. 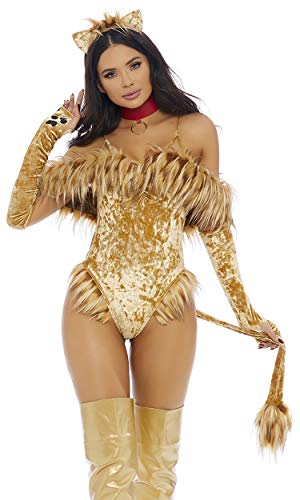 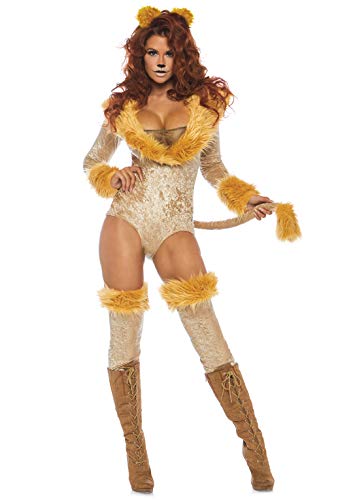 The Mad Hatter from Alice in Wonderland is a really cool costume idea because it’s the right level of “weird,” and would be super easy to pull off. Additionally, since there are so many different variations of Alice in Wonderland,  you can be pretty flexible with your outfit.

Johnny Depp made this hairstyle/makeup look super iconic when he portrayed The Mad Hatter in the 2010 live-action version of Alice in Wonderland. I’d recommend doing a look similar to his.

The most important part of this costume is a fancy top hat like this one. Oh, and here’s a fun tutorial from Charisma Star that shows you how to make this look more feminine. 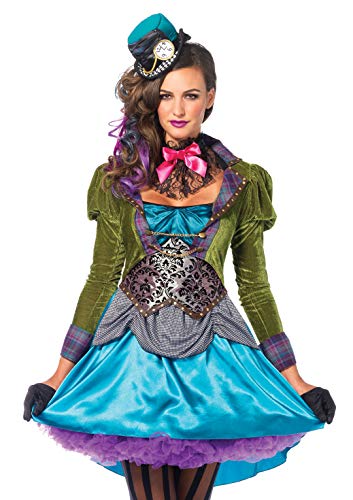 Selena Quintanilla was one of the most iconic singers of the ’90s, and her fame soared to new levels when J-Lo portrayed her in the hit movie, Selena. She had naturally curly hair and often wore it that way.

In some of her more iconic looks, she did blow-out her hair, but it doesn’t need to be perfectly straight to pull it off. I feel like you could always keep it curly, as long as you get the bangs right.

Demi Lovato perfected this look a few years ago while keeping her hair wavy. 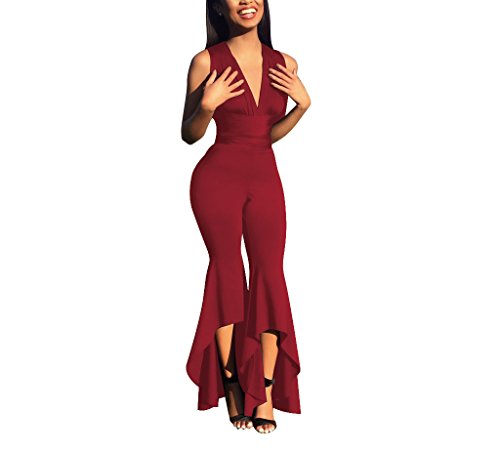 I’m going to be completely honest, I’ve never seen Brave, although I’ve always wanted to. There’s just something about a girl with wild red hair wielding a bow and arrow that screams fierce.

This is a really fun curly hair Halloween costume that won’t break the bank. If your hair isn’t red, you can always use some temporary hair color that will wash out with your next shower.

Since Merida is a popular cosplay character and one of the best curly hair characters for Halloween, there several options available for this costume. 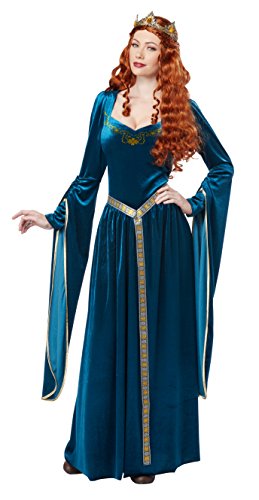 A few years ago, for my cousin’s bachelorette party, we went to an ’80’s style club and everyone dressed up in 1980’s-style clothing. I usually go for the “Let’s Get Physical” type costumes, but last year, I was really feeling the ’80’s Madonna fashion.

Since my hair is straight, I had to wave it out, but if your hair is already curly, this costume is perfect for you.

Just make sure to tease your hair. The bigger, the better. 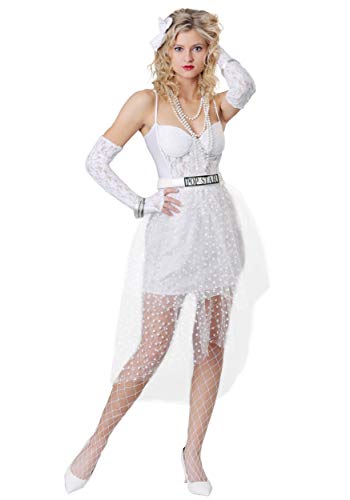 Sandy Olsson is the iconic female lead character of the hit musical, Grease. She moves to America after summer vacation and is known throughout the movie for her pure good-girl image, despite being Danny Zuko’s girlfriend.

At the end of the movie, she shows up to the carnival in this ultra-hot bad girl outfit and gains the respect of her schoolmates, while singing “You’re The One That I Want,” with Danny.

This is one of my personal favorite ideas for a curly hair Halloween costume. It’s fun. It’s sexy. I’d totally rock it.

I love this super simple hair and makeup tutorial by Jenna Kuntz. 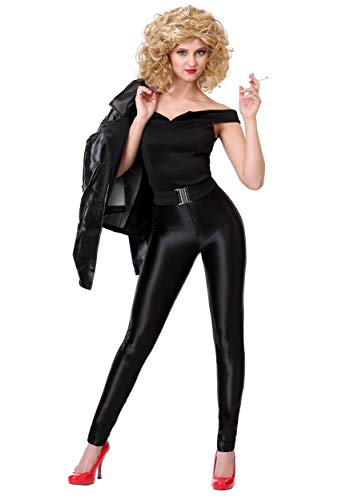 I don’t know about you, but 6th-grade Hollee thought the Spice Girls were the coolest thing since the carpet sweeper. I vividly remember waiting by the radio so that I could record “Wannabe” on a blank cassette tape… and when I did, I listened to it about a million times.

If you have super curly hair, “Scary Spice” Mel B could be the perfect costume for you this year.

You really just need to let your hair go crazy, but for extra points, add her iconic space buns to the front of your hair. Don’t forget the racy outfit (she often wore animal-print fabrics) and platform shoes.

Let miya march show you how easy it is to style your hair for this costume! 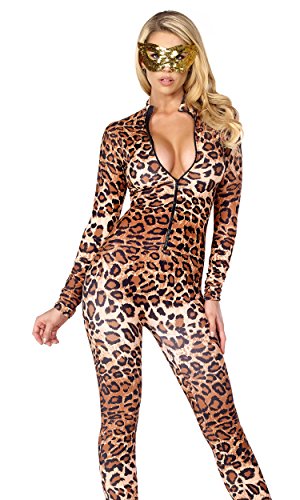 Not only is a Slash costume perfect for super curly hair, but it’s also effortless to put together.

You really just need a rock band t-shirt, jeans, aviators, fake nose rings and a top hat. You could even get a fake guitar to make it extra legit. 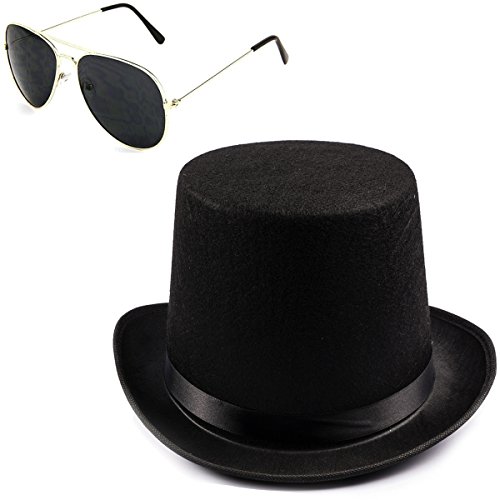 The king of pop himself is one of the most creative curly hair Halloween costumes around. I think it’s such a fun way to keep your hair au naturale and literally look like a rockstar.

Even though Michael Jackson is a man, you could totally make this costume more feminine and sexy. Or you could just keep it exactly like MJ, which is what Kourtney Kardashian did a few years ago.

If your hair is lighter colored, use temporary black hair color to darken it. 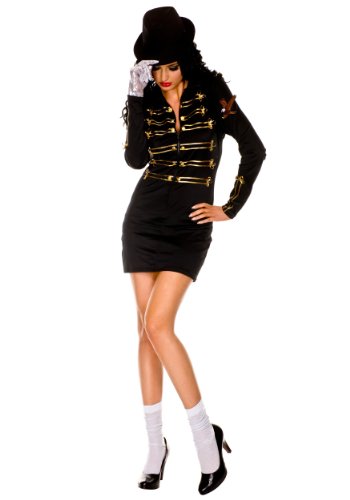 MUSIC LEGS The Gloved One 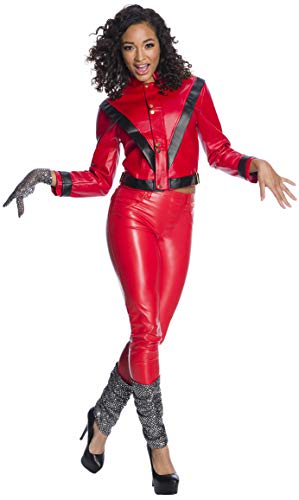 Since curly hair is hotter than ever, you should use it to your advantage. There are some amazing curly hair Halloween costume ideas, and you should rock one of them!

Whether you want to be a fierce lion or iconic pop star, I’m confident that you’ll choose the perfect look this year!

Your Turn:  Do you have any other Halloween costume ideas for curly hair to add to this list? Are you going to try any of these curly hair costumes this year? Let me know what you think below! 👇🏼👇🏼👇🏼