Skip to content
Want to get paid to try new beauty products? Find out how easy it is to start a beauty blog today!
226shares

This post was a little tough for me to write. In fact, it took me about 2 months to finish it, because I didn’t want to see the evil truth. It turns out that most hair products contain a lot of horrible ingredients, even the professional products that I have used for years. But for the sake of the article, I have narrowed it down to the top 10 worst ingredients used in hair products. 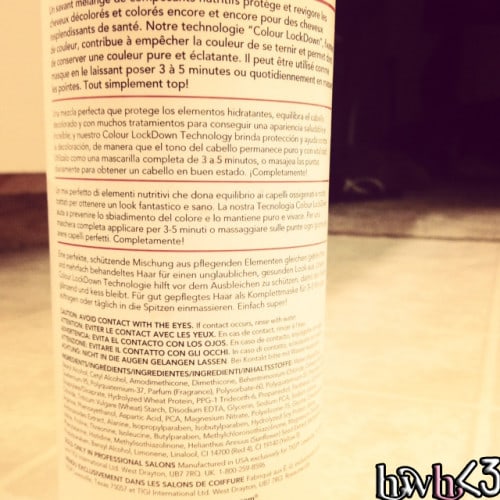 Are you ready for some science-talk and big words?… Because I sure am! However, I want you to remember that if you look for it, you can find bad in everything. I think a lot of these ingredients are probably safe on the small levels we use them in, but it isn’t 100% certain. I just want you to have an open mind when you read this.

Now, on to the worst ingredients found in hair products… 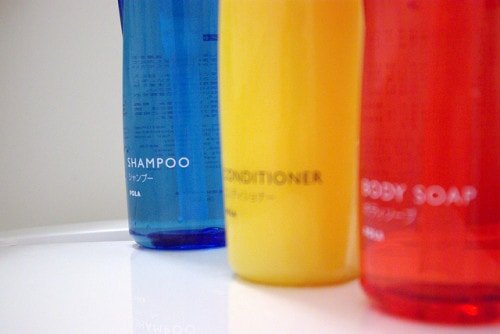 The first of the worst ingredients is Polyethylene Glycol or PEG for short. PEG comes from the ethoxylating (???) of Propylene Glycol. Dangerous levels of dioxins, or persistent environmental pollutants, are found as a manufacturing by-product of the ethoxylation process. In addition to hygiene products, you can find it in oven cleaner.

Common side effects include damage to the liver and kidneys, birth defects, decreased sperm counts, and early breast development in girls and boys. It can also cause premature aging of the skin if used over time and leave the skin open to disease and bacteria. Sounds like something I want to smother all over my face…

Companies don’t usually list dioxins in the ingredients, but they are often present in antibacterial ingredients like emulsifiers, PEGs, and sulfates. They “literally modify the functioning and genetic mechanism of the cell, causing a wide range of effects, from cancer to reduced immunity to nervous system disorders to miscarriages and birth deformity. The tiniest amount can cause damage, and our bodies have no defense against it. The most visible example was Yushchenko, the new Ukrainian President, who suffered from dioxin poisoning and seemed to age overnight.” (RedFlag Skincare Toxins to Avoid) 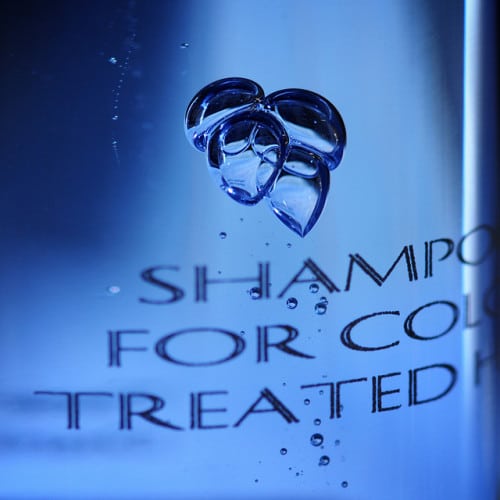 DEAs (diethanolamine), MEAs (monoethanolamine) and TEAs (triethanolamine) are common ingredients in shampoo. The usually come as names like Cocamide MEA or DEA, or Lauramide DEA. Studies have shown that repeated skin applications of DEA based detergents can majorly increase your chance of liver or kidney cancer, and kids are at an even greater risk.

These are also known to disrupt chemicals in the body and form cancer-causing nitrates and nitrosamines. TEAs, one of the worst ingredients that are used to balance pH levels, cause allergic reactions including eye problems, dryness of hair and skin and can be toxic when absorbed into the body over time.

Propylene Glycol is a surfactant, solvent and wetting agent. It is used to break down protein and cellular structures (what skin and hair are made out of) in other chemicals. This is the same form of propylene glycol that is found in hair products. It damages the skin and hair’s protein and can cause premature aging. In industrial settings, workers are required to wear protective gloves, clothing, and goggles, since it can cause brain, liver and kidney abnormalities 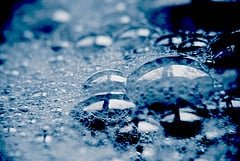 Detergents and surfactants can pose serious health threats. They are in engine degreasers, car washes, garage floor cleaners, dishwashing soap and in 90% of products that foam. SLS and SLES are also used in most conditioners. The college of toxicology stated that sulfates can “cause malformation in children’s’ eyes.” It also says that it has “a degenerative effect on the cell membranes because of its protein denaturing properties.” In addition, they added that “high levels of skin penetration may occur at even low use concentration.”

Other research indicates that it could cause damage to the immune system and skin, by causing layers to separate, inflame and age. SLS is not a carcinogen, but since it causes severe epidermal changes to the area it is applied, it can increase the risk of cancer. There are significant correlations between SLS and “contact dermatitis,” which is the reddening, soreness or inflammation of the skin. Other sulfate side effects include eye damage, depression, labored breathing, diarrhea, severe skin irritation, and even death. ALS and ALES are similar but more water-soluble.

You probably already know this, but the main cause of a hangover is dehydration. The alcohol’s ability to inhibit the effect of anti-diuretic hormones on the kidney tubules is what causes the dehydration. This leads to an interruption of the body’s Krebs cycle and the swelling of the brain against the lining of the skull (Wikipedia: Hangover). On a side note, Gatorade works wonders for hangovers.

Anyways, another example is that you can use rubbing alcohol to absorb water when spilled on a phone, computer, etc. So why would you want to put it on your hair and scalp? A huge cause of damaged hair is the absence of moisture. Yet, you are massaging your scalp every morning with alcohol in the shower, stripping your hair of moisture.

Isopropyl alcohol is a petroleum-derived substance in antifreeze, wood finish and a solvent in shellac. Side effects linked with inhalation or ingestion of isopropyl alcohol are headaches, flushing, dizziness, mental depression, nausea, vomiting, anesthesia, and coma. The fatal ingested dose is less than one ounce, so I’d advise against drinking a bottle of shampoo. 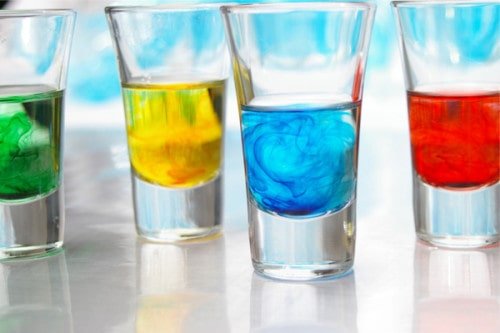 Manufacturing companies add synthetic colors to shampoo and other hair products to make them visually appealing. The corporations behind this are more concerned with their shampoo being that perfect shade of “pearly pink” than the adverse health effects behind it. Almost all of these colors contain coal-tar, which is a carcinogen. Absorption of certain colors will deplete the body’s oxygen supply and in some rare cases, even cause death. On a smaller scale, they contain heavy metal salts (which isn’t an 80’s hair band) that deposit toxins into the skin, causing irritation.

I’ve been noticing more and more that products are listing “paraben-free” on their packaging. Even though I didn’t know what parabens were until recently, I still assumed that they weren’t good. In fact, parabens are a class of fungicidal and bactericidal chemicals. The reason they are controversial is that they have been found inside breast cancer tumors. They mimic estrogen (the hormone involved in breast cancer) which can also lower the age of puberty in girls.

I don’t know how true this is (I assume that if it’s on the internet, it must be true), but I remember reading the side effects of guys being exposed to estrogen (like estrogen used in pesticides for hops for beer). They say that it makes them develop man-boobs and other feminine attributes.

Common types of parabens are methylparaben, ethylparaben, propylparaben and butylparaben. Parabens have also been linked with premature aging, if used with UVB light, which is awesome since they are present in tanning lotions. 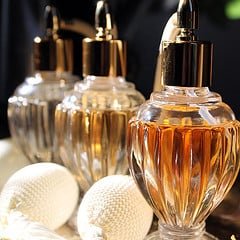 Good luck trying to find a shampoo that doesn’t contain fragrance. The majority of people (including myself) use products because of how they smell. In fact, I kind of always thought people were crazy for purchasing fragrance-free products. But now I know why:  Fragrances are generally synthetic and a lot of them cause cancer. They come by the name “Phthalates”.

Some products containing Phthalates have been banned in certain areas, including California, since they cause birth defects, liver cancer and hormonal disruptions. Symptoms of fragrance reported to the FDA include headaches, dizziness, rashes, skin discoloration, violent coughing, vomiting, and allergic skin irritation. Clinical observation by medical doctors have shown that exposure to fragrances can affect the central nervous system, causing depression, hyperactivity, irritability, inability to cope, and other behavioral changes. You’re wondering (I know you are) “Yeah, but I like hair products that smell good!?” The good news is that you can try going for unscented products and adding essential oils, like these, to the products.

The absolute worst of the worst ingredients are ureas and DMDM Hydantion, and you can find them in almost everything. Some common types of urea chemicals found are Imidazolindinyl urea, and its brother, diazolidinyl urea.

Have you noticed that the word “urea” sounds similar to “urine”? It’s not a coincidence. Urea is the main nitrogen-containing component of urine in mammals. To build you up before I break you down, the urea in hair products is made synthetically; it isn’t harvested from porta-potties. The bad news is both ureas and DMDM Hydantoin are formaldehyde-releasers.

The purpose of releasing formaldehyde in shampoo is to have it kill unfavorable bacteria (meaning it’s a preservative). Formaldehyde is a known carcinogen and comes in other names like Quaternium-15 and Bronopol. The FDA in the United States has deemed these ingredients safe in small doses, but they are banned in other countries, including Canada. Formaldehyde is a “volatile organic compound”, which means that it may become breathable gas under warm, wet conditions (like in the shower). It will also irritate your eyes and respiratory system, cause heart palpitations, and cause dermatitis and inflammation of the skin.

Exposure to formaldehyde can also cause joint pain, allergies, depression, headaches, chest pains, ear infections, chronic fatigue, dizziness, and loss of sleep. It can aggravate coughs and colds and trigger asthma. In serious conditions, it can weaken the immune system and cause cancer. So yeah, I’d say that this is the worst of the worst ingredients found in hair.

Do you have any experiences with any of these worst ingredients? Do you care that your shampoo uses these? I’d love to hear your feedback in the comments.

7 thoughts on “The 10 Worst Ingredients In Hair Products”