I’m sure that this is probably old news to many of you but I feel compelled to write about the Wen disaster since I have previously written articles raving about Wen. If you haven’t already heard, Wen has been in the news recently. Two hundred people have joined a class-action lawsuit against Wen, saying that the hair product line has caused their hair to fall out, possibly forever. I like to call this, the “Wen Disaster.” 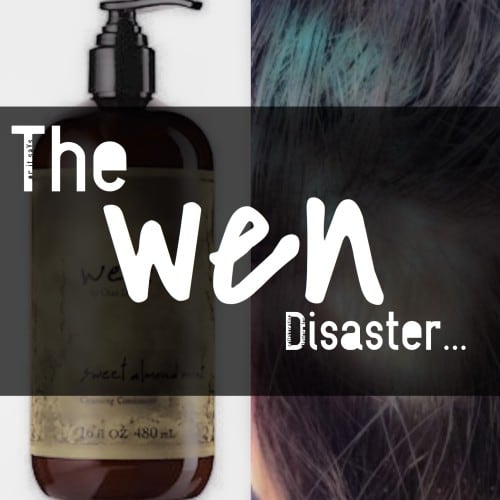 What’s The Deal With Wen?

Wen Cleansing Conditioner claims to clean hair without the use of harsh chemicals, but many women are claiming that it also causes dryness, hair thinning, hair loss and significant damage to their hair, hence the Wen disaster.

The company was founded by celebrity stylist, Chaz Dean, whose clients include Jennie Garth, Gwyneth Paltrow, and Alyssa Milano. Dean uses the Wen cleansing conditioner in his Hollywood salon. “I want to ultimately re-educate everyone on how they can best cleanse and nourish the scalp and hair,” Chaz says. “I want to change the world, one head at a time.”

Wen claims to work by using natural botanicals, herbs, and extracts to hydrate and cleanse your hair without the use of harsh sulfates. Their website states that “the perfect mixture and blend of its ingredients leave your hair healthy-looking, moisturized, and cleansed.” There are also endorsements from celebrities such as Brooke Shields and Alyssa Milano stating things like that Wen dramatically changed the appearance of their hair and that they haven’t seen this type of shine, volume, and texture since they were young.

However, the Internet says otherwise. Google “Wen Reviews” and you will see that customers have been complaining about Wen online since 2012. When I first looked into Wen (around 2012), I do kinda remember seeing complaints of it drying out people’s hair. Furthermore, many women have posted pictures of bald spots, and saying that their hair has dramatically thinned with the use of Wen. 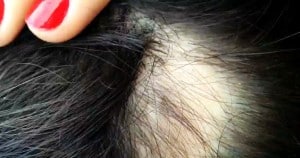 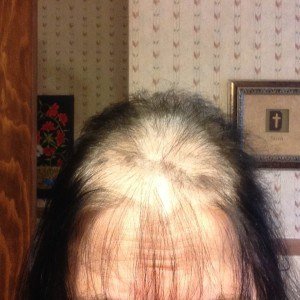 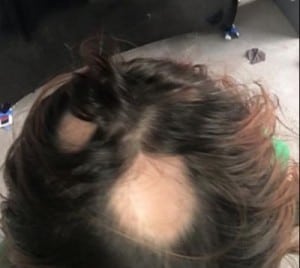 The cause of the baldness is said to be caused by “one or more active ingredients that act as a depilatory or caustic agent, causing a chemical reaction that damages the hair strands and/or follicle.” Apparently, this means that they were basically washing their hair with lotion, which blocked and damaged the hair follicles. It is unsure what ingredient is causing this reaction, but it is believed to be hydroxycitronellal, which is a known allergen, even though it is commonly used in cosmetics.

Dermatologists are known to often receive complaints about the cleansing conditioner. They also say that these cases of hair loss may be caused by individual sensitivities, as well as a particular ingredient, preservative, formation, or maybe just a bad batch. Nobody is really sure at this point.

What Does Wen Have To Say?

Wen stated that there is no scientific proof that something in the conditioners is to blame for the women’s hair loss. They also want to stress how small the number of plaintiffs is, in relation to the number of products shipped.

“We take great pride in the quality of our products and believe every product meets our high standards. With well over 10 million WEN products shipped since 2008, our customers’ overwhelmingly positive response to WEN is a testament to the benefits it can deliver for its users.”

“These benefits are reflected in consistently high rankings from independent consumer product sites as well. Importantly, there is no scientific evidence whatsoever to support any claim that our hair care products caused anyone to lose their hair. There are many reasons why individuals may lose their hair, all unrelated to WEN hair care products. We intend to vigorously contest the allegations made against our products.”

What Do I Think About The Wen Disaster? 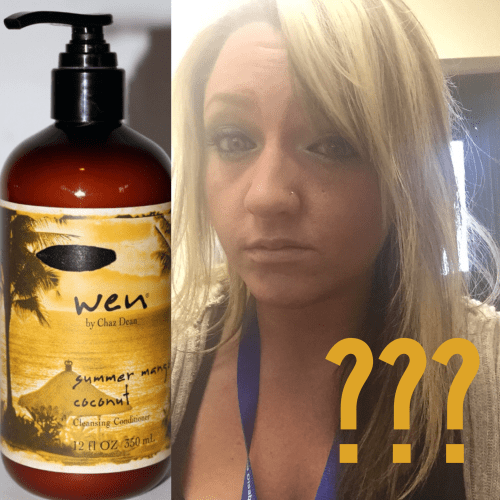 I have been using Wen for about three years off and on. I haven’t really noticed a significant amount of damage to my hair, and always loved how Wen made my hair feel and look. However, I have noticed my hair thinning slightly, although I never connected it to Wen until now. The town I live in has really harsh water. I always believed that was the cause of my hair damage, even though I do use a water softener.

My hair did recently go through a lot of breakage and damage around the same time I was using Wen. Was Wen the cause of my breakage? I don’t know. I guess it could have been, but there are other things that could have caused it as well. Either way, I think I’d rather be safe than sorry in this case.

Your Turn: What do you think of this Wen disaster? Have you ever used Wen? Do you have anything to contribute to this story? Please leave your feedback in the comments below…

I hI honestly don’t believe any of these claims. I’ve been using when for so many years. I have definitely had problems with other shampoos. I do know that SUlfates in shampoos wii make your hair wall out, because I’ve had that problem with biolAge shampoo. Once I started using when cleansing conditioner. I never had a problem since then.

I used Wen about 6 mons. had to stop when I saw the hair loss now I spend a long time trying to cover the balding with a filler I almost cry when I see the back of my head every morning!