For those of you who haven’t seen it, Tabatha’s Salon Takeover is pretty much the best show ever. 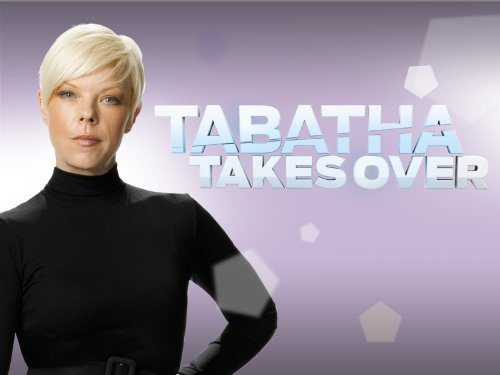 What Is This Show About?

Tabatha’s Salon Takeover is a show where Tabatha Coffey, a world-renowned hairstylist, goes around to failing salons that have asked for her help, and well, takes over. She works every aspect of professionalism and helps turn the salon around, so it can move in the right direction. She is seriously so smart, talented and professional. She’s totally my hair stylist role model (although I don’t think I would ever want her critiquing my work). She is very upfront and can be extremely blunt about what she says. Usually, she is only sassy with the people who are not willing to change and are giving her lip.

But yeah, I’m seriously addicted to this show. 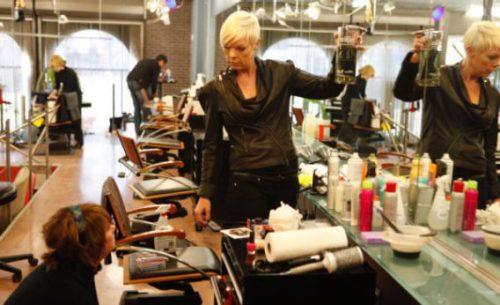 What You Can Learn From Tabatha:

It’s probably the one show that I am faithful to watching right now. In fact, I’m about to start an episode on my DVR right now. I have learned a lot of really cool tips from watching Tabatha’s Salon Takeover, like that you should never fold foils on the sides. This is because bleach expands, and if the foils are tightly folded, it has nowhere to expand except up, creating a bleed line.

Another cool trick I learned from her, that I use daily, is that color will remove color on the skin. You just use a little bit of leftover color from the bowl and rub it on the stain and it will come right off. I have no idea whatsoever how it works, but it does work. If you are a fellow hairstylist, I suggest checking it out. You can seriously learn a lot from Tabatha.

What Not To Do:

Another thing you can learn from her show is what NOT to do. Many of these salons make really common mistakes, which I have seen in almost every salon I’ve worked at. Not cleaning, non-professional conversation, inappropriate clothes, micromanagement, failure to keep records, alcohol drinking, etc. are all things that happen in most of these salons. There are even a few extreme cases, where people go overboard. A manager of one of the salons had a sex toy in his drawer called the “bitch tamer.” He stated that he handed the toy to any people in a bad mood and told them to take it to the bathroom and come back out in a better mood. How crazy and unprofessional is that!? I can’t even imagine….

Some of the salon owners are even schizophrenic. They are so crazy, how can you blame their staff for not respecting them? I watched one episode where the salon housed a stripper pole for customers. For every minute the customer danced on the pole, one dollar was taken off their total bill. The only thing that it did was give away free services and make people feel uncomfortable. Don’t worry though- Tabatha whipped all those people right into shape. 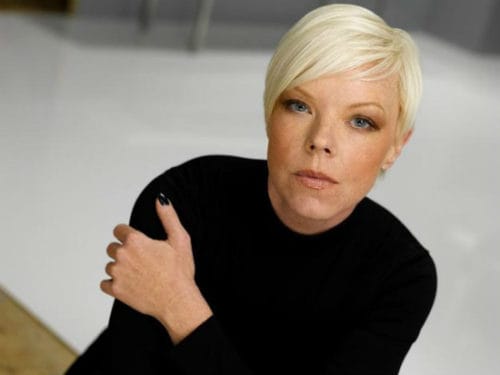 Tabatha Coffey was born on May 17, 1969 in Surfers Paradise, Australia. Both her mom and brother were hairstylists, and she got her first job in a salon as an assistant at the age of 14. At 15, she entered a four-year apprenticeship to study hair, and followed up with three more years of training in London. On the opening credits of Tabatha Takes Over, she states “I’ve devoted everything I have to this industry. I love it.”

She eventually opened her own salon in Ridgewood, New Jersey, called “Industrie Hair Gurus,” while also working sometimes at the “Warren-Tricomi Salon” in West Hollywood, CA. She also casually mentions in the opening credits, “My salon is so successful, there’s a 3 month waiting list to get an appointment with me.” Her artistic style includes creating a unique look for every single person, instead of specializing in one certain style.

On top of that, she travels the world 6-12 times a year, representing Joico International, as a platform stylist. She loves to show off her talent during these hair shows, along with helping other aspiring stylists. She admitted, “My favorite thing is to do work with other professionals and teaching. I love giving and getting back from other professionals.” She recently sold her salon to make time to work with other stylists.

Eventually, she became the star of her own television show and the author of her own book called “It’s Not Really About The Hair: The Honest Truth About Life, Love, and the Business of Beauty“. Her work is also featured in beauty publications like Seventeen, Marie Claire and Mademoiselle.

She is open about being part of the LGBT community and has shared that she has been with her partner for over 15 years. She doesn’t talk about it all the time, because she feels it’s inappropriate, but she has never hidden the fact that she is a lesbian. 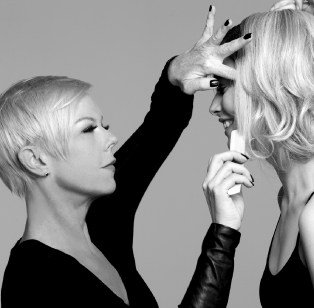 Out of curiosity, she applied to be on the show Shear Genius, in which 11 people are eliminated through challenges, revealing the best stylist. Although Tabatha didn’t win, she made it to the top 6 and later won $10,000 and the “fan favorite” title. She was most known for her mouthy, blunt attitude. Her show, Tabatha’s Salon Takeover was a spin-off of Shear Genius.

During the course of the show, she takes the salon from “failing” to “ready to succeed.” She first sets up hidden surveillance cameras, and watches the salon from a distance. Then after observing everything, she brings the manager in to talk to them about what is going on. She also shows them the worst things she saw on surveillance. After being fed up, she will say to the manager “Give me your key. I’m taking over.”

Next, Tabatha and the manager enter the salon and talk to the staff. Usually on the first day the staff is so excited to have her there. She informs them that everything is going to change in her presence, and at the end of the week, some of them may not have jobs. Next, she inspects the salon (which is usually covered in dust and hair) and plainly lets them know how disgusting it is.

She will tell everyone to come back in the morning for a staff meeting. During the staff meeting, she addresses all of the problems with management. The manager is never present at the meeting so the staff usually feels comfortable to tell Tabatha their problems. She then talks again with the management and asks for their point of view.

The next day, she will bring in live models for the whole salon to work on and assesses their work based on consultation, formulation and how they followed through. This is when people start to get frustrated. She usually spends a day or two making the salon do things to promote the salon or better their skills. Towards the end of the episode, she remodels the entire salon. The staff and management return to see the new salon and have a grand opening with Tabatha there.

Tabatha observes every little thing and makes note if people didn’t take her advice. She finally, speaks one last time with management to give them her final recommendations. They announce to the salon what was good and bad, and Tabatha returns the salon key. She comes back 6 weeks later to check up on the salon. Most of the time, the salon has improved, but sometimes old habits die hard.

Reruns of this show air on Bravo. They are currently filming season 5, and it is unknown when it will premiere.

What do you think of Tabatha’s Salon Takeover? Do you love it? I’d love to hear your feedback in the comments section below!

I have often wondered if the reason the owner's business is in financial trouble too because there just may be stealing in the salons. It could be in small amounts which ends up costing the salon at the end of a month and it adds up at the end of the year. Especially at the front desk AND whomever handles the office finances. I noticed especially that one woman ALWAYS HAD TO BE BACK IN THE OFFICE WHEN TABATHA WANTED HER UP FRONT WITH THE STYLISTS. Tabatha had to go back to the office numerable times to get her back on the floor. That was suspect. She finally got fired. Amen to that. Front desk and office is where money can disappear slowly but surely. And larger amounts. Just saying... just my opinion.