So I have to admit, I have some exciting news to tell you all. I just got a part-time second job at Sally Beauty Supply! Since I started working at Tanning Etc. as an independent hairstylist, it has been rough from time to time. I have a decent clientele, and most of my clients followed me to the new salon, but I am still not completely booked every single hour that I’m there.

My ultimate goal is to get to the point where I am super busy all the time, but for now, times can be rough. I have been looking for another hourly job for a while now, to supplement my income and give me security (knowing I will get a paycheck every few weeks), and Sally’s was the job I wanted the most. I’m pretty stoked to say the least!

I stopped in one day to buy some parts for my clippers, when I decided to check if they were hiring. The girl who was working said they were in between managers and were really short-staffed, therefore I talked to her about applying. She told me that the next day would be good to bring in my application since the district manager would be in.

I spoke with the district manager and gave her my application and resume, but was sad to hear her say that she would not be hiring until she got a store manager in. I wasn’t sure that I’d ever hear from them again, but then I got a call for an interview. Right after the interview, they told me that I got the job. I start Monday and couldn’t be more excited.

Anyways, in honor of this great event, I decided to write a post about Sally Beauty Supply and some history of the company. 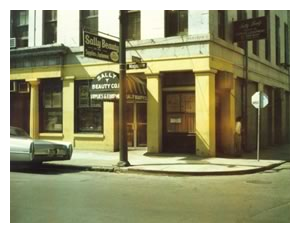 The History of Sally Beauty Supply

Sally Beauty Supply started as a single store in New Orleans, in 1964 and in 1969, Alberto-Culver acquired Sally Beauty. In 1972, former pharmacist, Mike Renzuli, ran the store, and by ’78, there were 25 stores open. By 1982, the headquarters was moved to Dallas, TX, and there were 119 stores open. In 1985, they bought out all of the Victory Beauty Systems stores. This later became known as Beauty Systems Group.

In ’87, they bought out the 30 Ogee stores from the U.K. and opened their 500th store. By 1993, Sally Beauty acquired a total of $500 million in sales. In 1995, they expanded to Japan and had over 1,200 stores total. Furthermore, by the next year, they had 1,500 stores, expanded to Germany, and bought out R.M. Barnum Beauty Supply. By 1998, they had reached 1 billion dollars in sales, owned 1,800 stores, and bought out Beauticians Supply Limited stores in Canada.

In 2001, SallyBeauty.com launched, they expanded to Mexico and bought out Armstrong McCall stores. The total number of stores was now 2,300. In 2003, they bought out the West Coast Beauty Supply stores, and 93 Cosmoprof stores in 2004. In 2006, Gary Winterhalter is named President and CEO of Sally Beauty Holdings, Inc. This became a freestanding company traded on the NYSE under the symbol SBH. Furthermore, Winterhalter rang the opening bell at the New York Stock Exchange.

Today, it is the world’s largest retailer or professional beauty supplies. There are over 4,000 stores open, with stores in every state in the U.S., and Puerto Rico, Canada, Mexico, Germany, the United Kingdom, Ireland, Belgium, France, and Spain. Furthermore, the annual revenue is 2.6 billion dollars.

I hope you learned something amazing about Sally Beauty Supply because I know that I did. I am really excited to work for such an amazing company and I really can’t wait to start! Wish me luck on Monday, for my first day!

What do you think about Sally Beauty Supply? Have you ever worked there? Leave feedback in the comments!

Yo Hollee-wood! Congrats!!! I love Sally's! Will you be at the one near Wally-World on Retail Drive in CC? C-ya soon. I need my 'dye-job and a refresh on my 'Ellen-do'. Your the best! Hugs, Barbie

Awww thanks Barbie! Yeah, its the one on Retail Dr. This week I start training, so I'll have to work some day shifts, but it will mostly be evening shifts after this week. Let me know when you want your hair done!