Did you know that a single strand of hair can hold up to 100 grams, which is just short of a quarter pound. In other words, a whole head of hair can hold up to two tons, the equivalent of two elephants. It should be no surprise that the circus has discovered a way to turn this into an impressive aerial act called “hair hanging”. 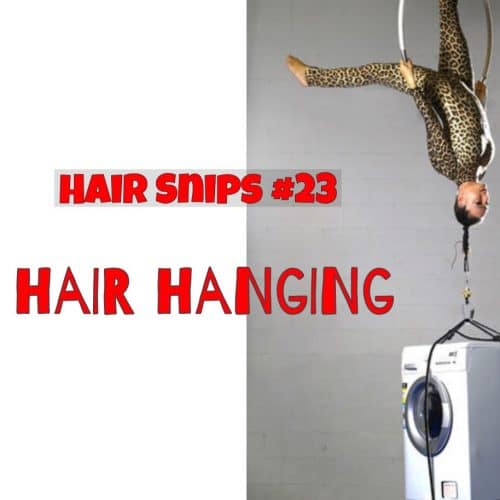 Want To Learn How To Hair Hang?

Performers literally hang above the crowd, suspended in the hair by nothing but their hair attached to a “hair hang rig”. This practice is said to have come from either South America or China, and has been around for centuries. The technique is all in the “hairdo,” and performers say it is extremely painful. It is a dying act, as it becomes more rare each year. In 2014, at a Ringling Brothers show, 8 women plunged 25-35 feet to the floor in a hair-hanging-act-gone-wrong. Thankfully, it was not a fatal accident. However, the women suffered pretty severe injuries that ranged from fractures to spinal cord injuries to a lacerated liver. Ringling Bros. were fined 7000$ by OSHA and have worked to implement safer procedures and equipment for the aerial performers.