In this article, I am going to take you through time and show you the evolution of hairstyling in the form of a timeline. We begin our journey all the way back in the caveman days… 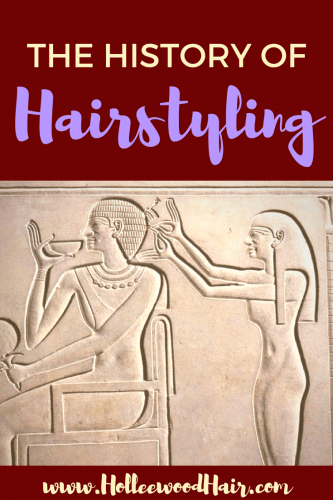 The Evolution of Hairstyling:

10,000 B.C. – Cavemen use sharp rocks, shells or flint to scrape hair from their face and head.

1300 B.C. – The Egyptian fad is to shave your head and wear a wig. Furthermore, this trend includes women.

1500 B.C. – The ancient Egyptians used henna to color their hair, which is a technique that still exists today.

500 B.C. – Hairstyling becomes a highly developed art form in ancient Greece. The word “Cosmetology” comes from the Greek word “kosmetikos”, meaning “skilled in the use of cosmetics.”

1400’s – Upper-class women of the Renaissance pluck the entire front of their hairline, to give themselves a higher forehead.

1450 – Prior to 1450, barbers also performed surgery. This was due to the law passed by Pope Alexander III that forbade clergymen of shedding blood. Barbers regularly performed bloodletting and minor surgery, administered herbs, and later pulled teeth. In 1450, a law is passed that separates barbering and surgery. After this, only surgeons could perform surgery and barbers could cut hair. 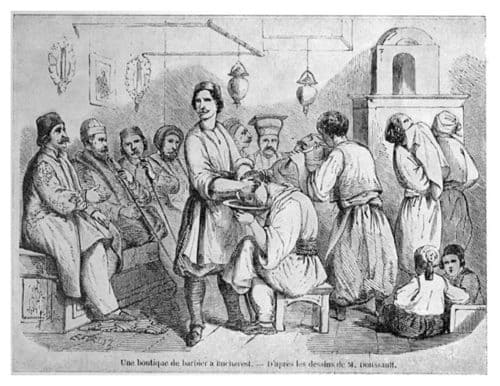 1500’s – A doctor claims that you can restore hair by applying a concoction made of boiled slugs, olive oil, honey, saffron, soap and cumin on the scalp.

1600’s – The first appearance of the word “hairdresser” was seen in Europe, and hairdressing was now considered a profession.

1600’s – One of the world’s most famous hairstylists, Champagne, moves to Paris, opens a hair salon and dresses the hair of wealthy Parisian women until his death in 1658. Being a true artiste, Champagne is known to walk out mid-style or insult the blue bloods to their faces.

1602– Queen Elizabeth I orders “six heads of heare, twelve yards of heare curle, and one hundred devises made of heare.” These are all wigs that follow her natural red hair color, which prompted a red dye fad throughout England. Bleached blonde hair also became popular during this era.

1660– Charles II of England introduces male wigs to cover his own thinning hair. This becomes a very popular style that lasts over 100 years.

1750– A hefty tax for wig powder surfaces this year, ending the fad of male wigs.

1765 – Legros de Rumigny is declared the first official hairdresser of the French court. He publishes a best-selling book, Art de la Coiffure des Dames, which discusses hairdressing and includes pictures of styles designed by him.

1769 – Legros de Rumigny opens the “Academie de Coiffure,” a school where he teaches men and women to cut hair and recreate his famous hairstyles.

1777 – About 1200 hairdressers are working in Paris this year. Barbers form unions and demand hairdressers do the same.

1789– During the French revolution, short hair becomes extremely popular for both men and women.

1790– The concept for aerosol hairspray is introduced in France, around the same time that self-pressurized carbonated beverages were introduced. 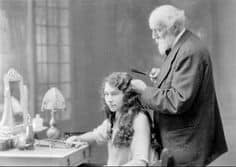 1875 – The first curling iron is invented in France, by Marcel Grateau.

1890 – The first hairdressing academy was opened in Chicago by Brisbois and Federmeyer.

1907 – The first synthetic hair dye is invented by French chemist Eugene Schueller (founder of L’Oreal) and it is called “Aureole.”

1915– The first women’s razor is introduced to the world.

1916 – Bobby pins are introduced to America.

1928 – The first men’s hair product called “Brylcreem”, made of mineral oil, beeswax and water, is produced.

1930 – The “cold wave” perm is invented. It only requires two hours and a modest fee, which makes it a popular choice. 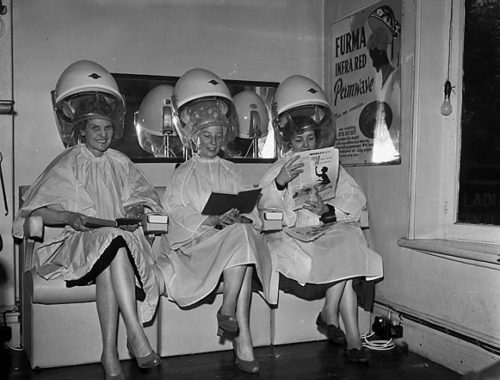 1943 – The US Government creates the first aerosol hairspray during WWII. Furthermore, the aerosol can was invented in an attempt to spray the troops with insect repellent to prevent Malaria.

Are there any cool milestones of the evolution of hairstyling that I left out? I’d love to read about it in the comments section below…

You don't mention When did home perming kits become available?

wHEN did women start wearing men cuts.... beginning of the neckline haircut???

I feel the Punk era is one of most revolutionary times in the history because all bets were off that point. You could sculpt anything into hair. People could then express them selves in extreme ways