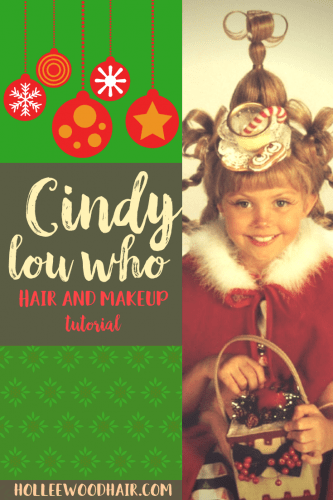 So, I don’t know about you but I am really into the Christmas spirit this year. Every night, I’ve been watching a different Christmas movie, including the 2000 rendition of How The Grinch Stole Christmas.

I thought about how fun it would be to do your hair or makeup like Cindy Lou Who for a Christmas party. She is such an iconic Christmas character and represents all things good.

Without further ado, here are some sweet tips on how to do Cindy Lou Who hair and makeup for your enjoyment… 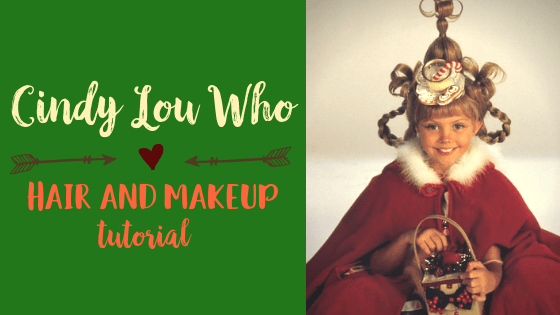 *This post contains affiliate links meaning that if you make a purchase through the link, I earn a small commission at no additional cost to you. This helps me provide the best possible content for free. Keep in mind that I only link to quality products that I use myself and feel would be beneficial for my readers. Please read my full affiliate disclosure for more information.

How The Grinch Stole Christmas

The Grinch was originally brought to life by Dr. Suess for the short poem, The Hoobub and the Grinch, in 1955. A couple years later, he made his storybook debut with How The Grinch Stole Christmas.

In 1966, this story was turned into an animated film, where it gained a huge fan following. In the year 2000, a live-action adaptation of the film, starring Jim Carrey, hit theaters. It was a financial success.

These days, the Grinch is an iconic Christmas character and both versions of the movie are commonly watched as part of a Christmas tradition for many families. In 2018, a third CGI adaptation of the film was released.

I assume you know the story behind the Grinch since you are reading this post… but for all intents and purposes, let me give you a quick rundown.

The Grinch is a grumpy, green, hairy character that lives on a snowy mountain that overlooks Whoville. The Whos are chock-full of Christmas spirit and celebrate the holiday to the extreme every year. This angers the Grinch.

One year, he decides to dress up as Santa Clause and steal everything that has to do with Christmas, in hopes that he wouldn’t have to hear the Whos sing their Christmas tunes. During his outing, he encounters Cindy Lou Who, a miniature Who that touches the Grinch’s heart and eventually changes his mind about the holiday.

In the end, he realizes that he made a mistake, that Christmas spirit exists without presents and decorations, and he decides to partake in the Christmas festivities alongside the Whos. His heart grows larger and the Whos invite him to carve the roast beast. 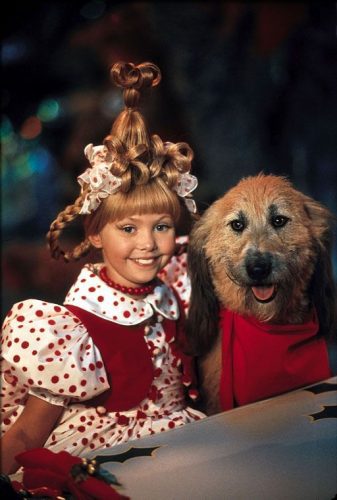 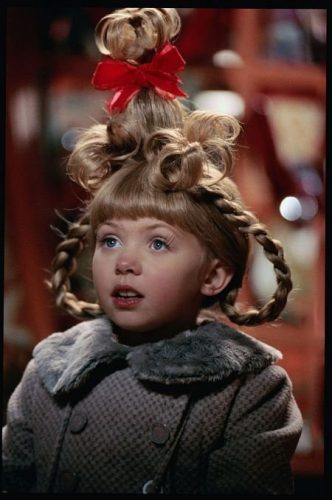 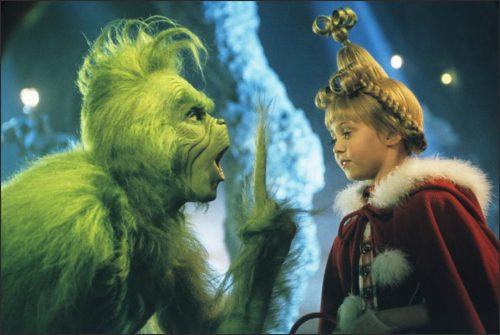 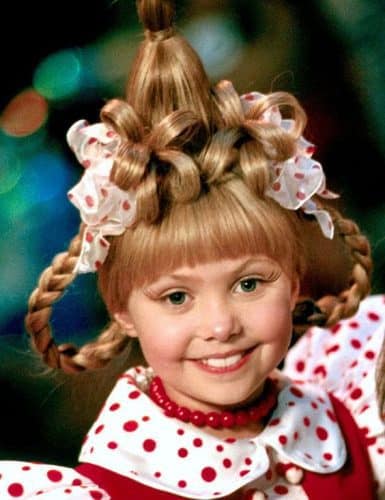 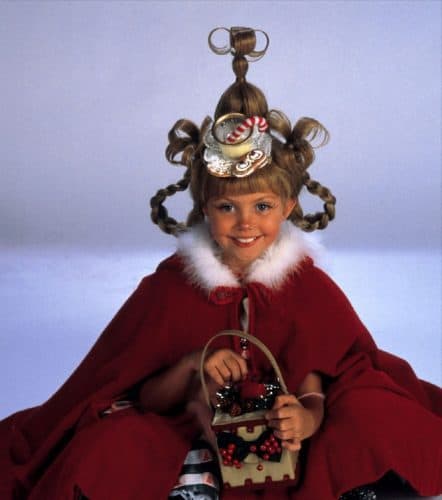 In the live-action version of the film, Cindy feels sorry for the Grinch, while everyone else strongly dislikes him. She nominates him as the “Holiday Cheermeister” at the Whobilation ceremony and visits him at his home.

Despite his bad attitude, Cindy Lou Who always believes in the Grinch. The happy ending is entirely because of her good faith and kind deeds.

There are countless Cindy Lou Who hair and makeup tutorials on the web, but this one by Denean Dale is my favorite. This look is actually pretty easy to do at home.

TIP:  Learn how to get free makeup from Sephora by using this one trick!

If you don’t want to do all of this yourself, Amazon has some sweet Cindy Lou Who wigs for sale, along with much-needed costume accessories.

Your Turn: What do you think of this super cute Cindy Lou Who hair and makeup tutorial? Are you willing to give it a shot this year? I’d love to hear what you think in the comments section below… 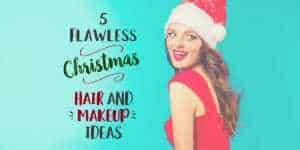